Born into a wealthy, refined and antique dealers family, Henri Samuel formally began his career in decoration in 1925, working for the noted design firm Maison Jansen at the tender age of 21. There he assisted Stéphane Boudin, the celebrated interior architect. After working for other decorating houses, Samuel established his own firm in 1956. Just one year later in 1957, Gérald Van der Kemp engaged him to restore the Empire rooms at Versailles. In the same year, Marie-Helene de Rothschild approached him for the renovation of Chateau de Ferrieres.

From that time on, Samuel attracted a distinguished international clientele based in cities such as Paris, London, Lisbon, Munich, New York, Palm Beach, and Los Angeles. Samuel designed spaces and scenarios for an international and sophisticated clientele, including Doris Duke, Prince Sadruddin Aga Khan, Rothschilds, the Vanderbilts, Susan and John Gutfreund, Jayne Wrightsman or the couturier Valentino Garavani.

Henri Samuel was one of the first true experts in mixing design genres and the very first decorator that commissioned contemporary artists to create functional objects for his projects. Francois Arnal, Philippe Hiquily, Guy de Rougemont or Diego Giacometti were some of the artists who worked together with Samuel on the their functional objects.

Henri Samuel, in his eightieth year, sits with two of his beloved dachshunds in his paris grand salon – Rizzoli books copyright © 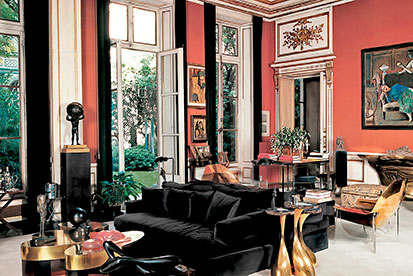 Born into a wealthy, refined and antique dealers family, Henri Samuel formally began his career in decoration in 1925, working for the noted design firm Maison Jansen 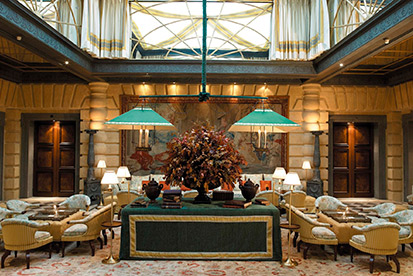 Jacques Garcia, born in 1947 in France, is a visionary interior designer which mix innovation with a deep classic style. Drawing inspiration from .. 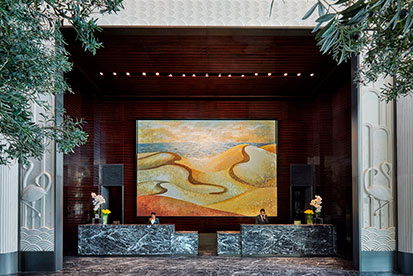 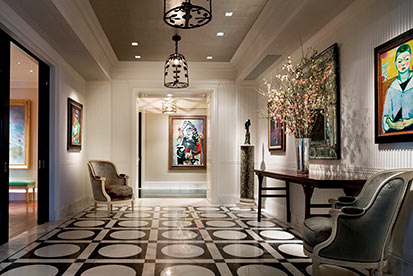 Based in Manhattan and with an office in Miami, Peter Pennoyer Architects, is an award-winning practice in traditional architecture recognised 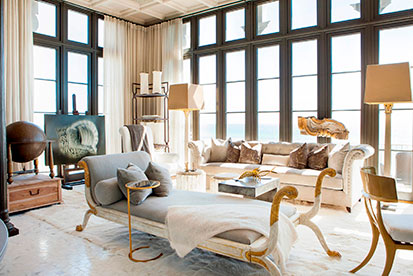 Born in Alabama, Bobby McAlpine drew his first house at the age of five and hasn’t stopped. Since he founded the firm in 1983