The fundamental principle that characterizes the art of Michele Bonan throughout his thirty-year career in architecture and interior design is an exceptional sense of consistency. This consistency weaves a creative narrative perpetually changing like shimmering silk, reinventing the most varied and diverse stylistic approaches, unifying their fragmented multiplicity in light of a line of inquiry that is particular, precise and perceptive. He studies the smallest details, the aspects that seem to be least significant but that have come to identify him. For Bonan, who has roots in central Europe, a studio in Florence, and assignments around the world, there in only one keyword – quality.

As a child, and later as art student in Lucca, Bonan had a granite certainty about what he wanted to do with his life. He always loved design and started practicing it quite automatically, drawing on every piece of paper he could find as if it were second nature. He seemed destined to go to art school. Although his decision to enrol in the Faculty of Architecture in Florence was made at the last minute, he never regretted it.

The world of references contributing to Bonan’s creative journey is vast, churning and swelling like a stormy sea, yet bizarrely it is resolved in a multicoloured choral identity of intents and directions, grafted onto the leitmotif of modernism from the 1930s to the early 70s. Andrea Palladio is a key influence, with his heroic late Renaissance Architecture defined by its pure symmetries and minimalist lines.

“Jacques Grange is one the greatest interior designers of our time. His taste is unique. He avoid decorating clichés. That's why his interiors are timeless”

Bonan’s inspirations move from the concise and powerful rationalist morphologies of the architecture of Italian Fascism and Michelucci to the Florentine train station of Santa Maria Novella, from the epic avant-garde of 1920’s and 30s Bauhaus to the compositional freedom of Brazilians Lucio Costa and Oscar Niemeyer. And he cannot forget the man who reinvented the very idea of decoration in the 1960s and 70s: the brilliant British designer David Hicks, Elsie de Wolfe, Madeleine Castaing, Sister Parish, Billy Baldwin, Lina Bo Bardi, Henri Samuel, Charles Eames and Renzo Mongiardino gurus of a Proustian and circular temps retrouve.

Bonan involvement with the luxury hotel sector have gradually put Bonan on the international map. In 2003, Bonan designed the Continental, in Florence, with spectacular views of the Ponte Vecchio. In Rome, he created the Portrait Suites, a small boutique hotel with breathtaking panoramic view of the Spanish steps. In 2014, he was back in Florence to work on another Portrait on the Lungarno behind the Porta Rossa, attached to the cozy Caffe Dell’Oro restaurant.

Bonan’s involvement with the luxury hotel sector does not end there. The J.K. Place properties are a chapter in their own right: there stunning locations in Florence, Capri and Rome with three different moods, designed with the same creative flair. Bonan has also designed several restaurants for Giuseppe Cipriani in world-class locations from Monte Carlo to Mexico city, characterized by a consistency inherited from Cipriani’s father, Arrigo and his famous Harry’s Bar in Venice. 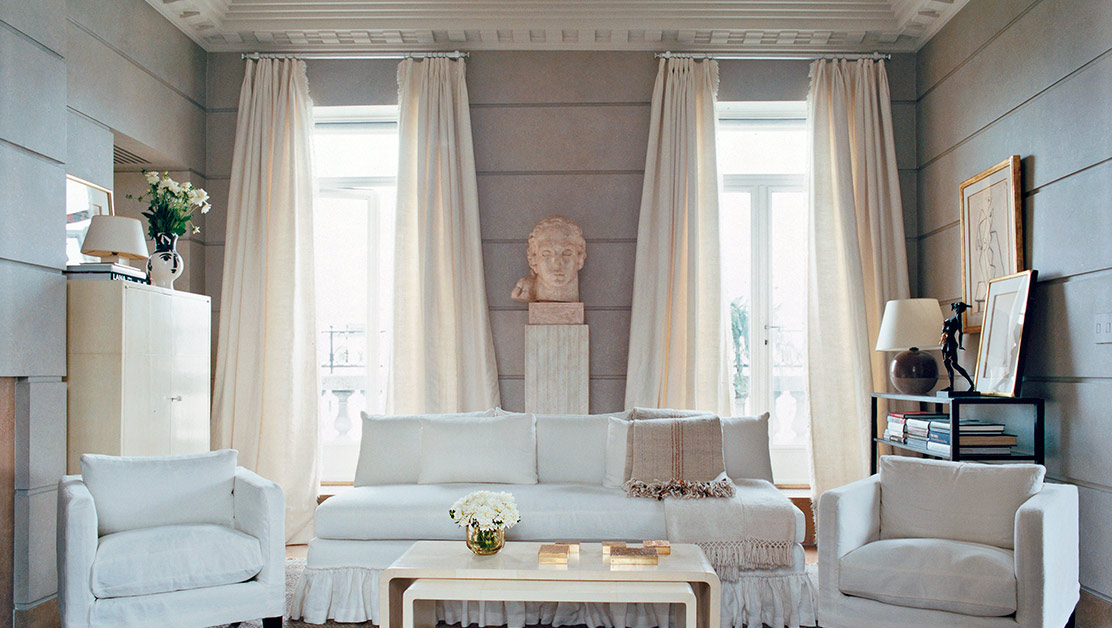